Modern ammunition uses so many different components these days, it’s hard to know what is really best for you and your firearms. We are going to do a quick break-down on the most popular types of projectiles, and what their pro's and con's are. 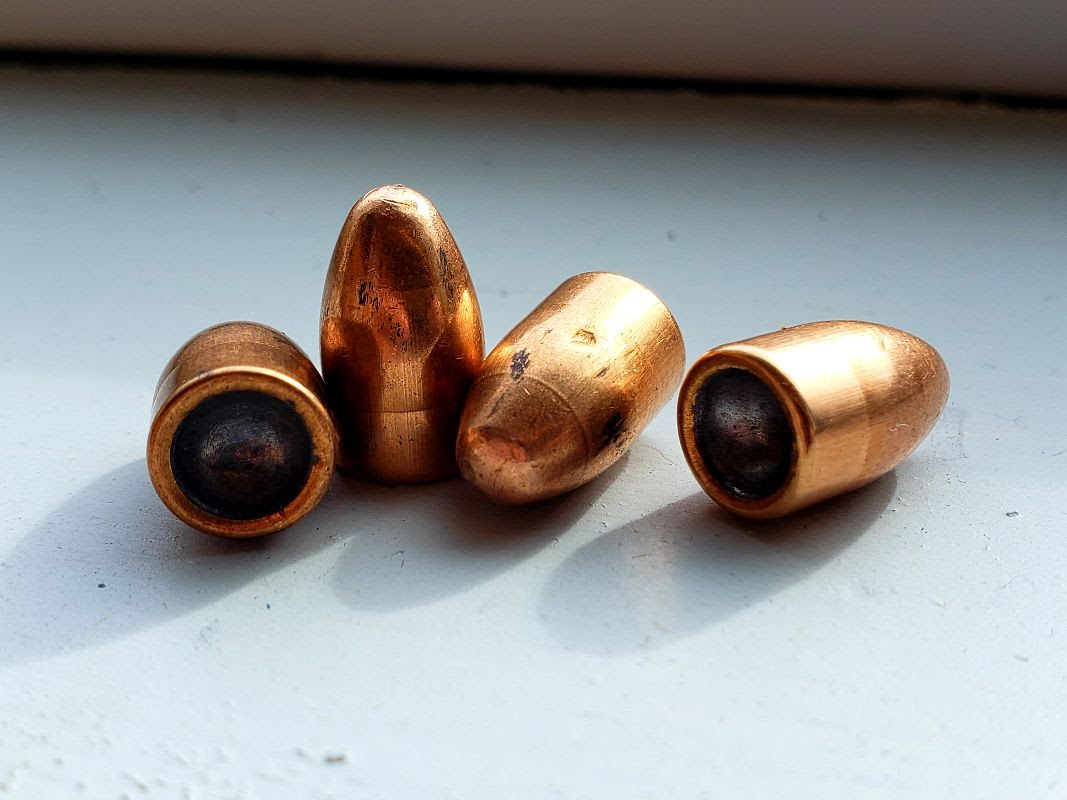 A FMJ projectile is arguably the most widely used bullet on the market today. Having the lead core wrapped in copper allows for higher muzzle velocity, compared to shooting a straight lead cast bullet. The Military adopted this function as a way to increase feedability, and reduce the amount of lead that was exposed in the barrel after firing the round. This type of bullet will also produce a fair amount of smoke when fired. The name itself is rather confusing as well, because it is not "fully" wrapped in a copper jacket.

The Downside: Using a projectile that has exposed lead poses a few problems. If you are shooting in an area that has limited ventilation, you will be exposed to higher levels of lead due to powder atomizing lead particulates during ignition. Also, this extra level of lead will be deposited into your barrel, forcing you to clean your firearms more frequently. One of the most extreme disadvantages to shooting a copper jacketed bullet is when it hits steel. There have been many documented cases where people have been hit by copper shrapnel when firing upon a steel target. 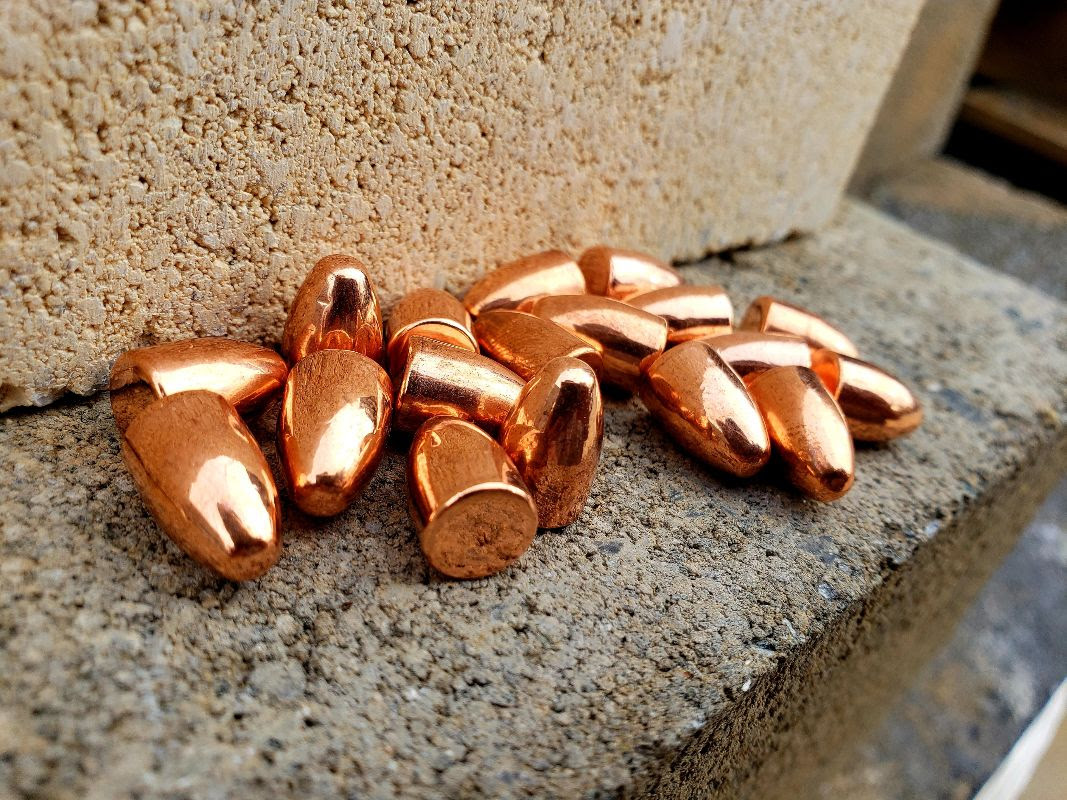 If you are looking for the cleanest shooting projectile on the market, you will want to be shooting a TMJ. At Minuteman Munitions we choose to only load TMJ's as our copper jacket bullets. As far as accuracy, you won't really see much difference between the full metal jackets and the total metal jackets. In a TMJ the lead core is completely covered, because of that you will see no lead fouling leftover in your barrel after shooting. One of the biggest advantages to using this projectile is the absence of smoke that is produced when the bullet is being fired.

The Downside: One of the cons to using this projectile is the copper fouling you will be left with in your barrel. This deposit is a result of the softer metal copper being rubbed against the harder steel barrel. Also, depending on the method used for totally encasing the lead core, you may be restricted on the muzzle velocity. Again, there have been cases where people have been hit by copper shrapnel shooting at steel targets. Check your distance! 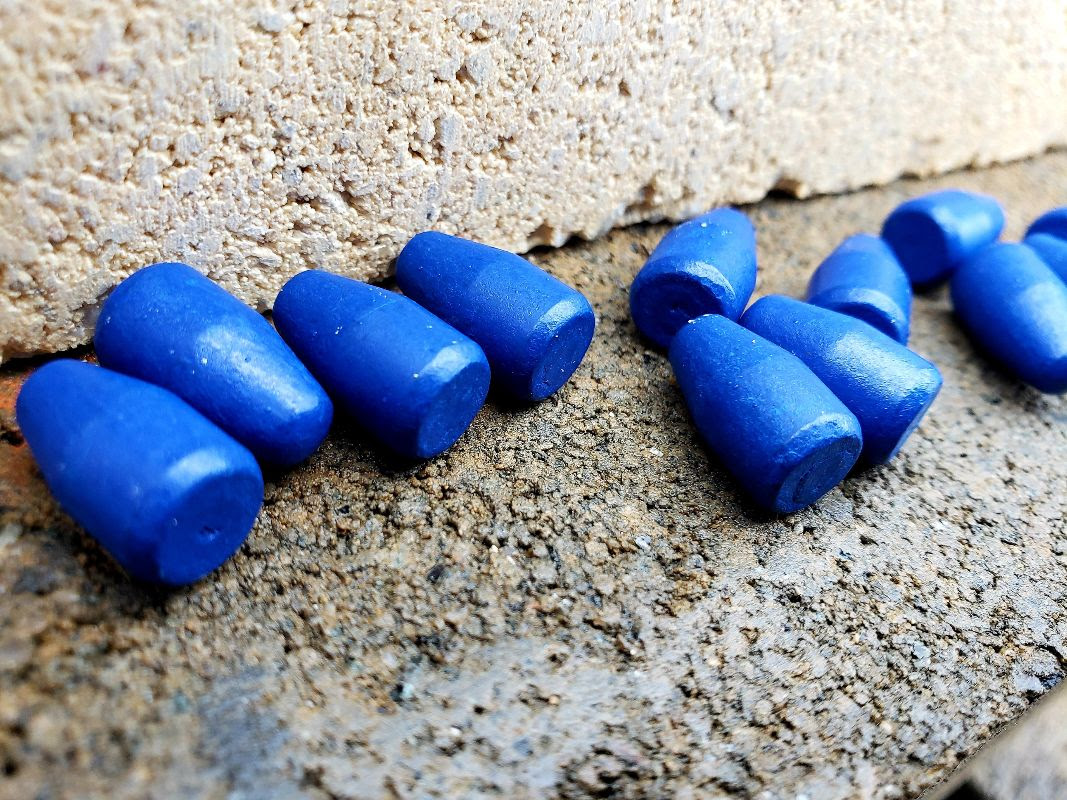 The method of wrapping polymer around the lead core of a projectile is a fairly new process. The polymer projectiles that we use at Minuteman Munitions are among the best selling products we have to offer. The bullet itself is comprised of a high-temperature polymer, that is bonded to the hard cast lead core. The polymer is less expensive to manufacture, bringing down the price of the round itself. You will not have to worry about any exposed lead due to it being completely wrapped in the polymer coating. This projectile will also extend the life of your barrel, because it eliminates any metal on metal friction that is caused by the standard copper jacket. As far as smoke, this bullet would be placed somewhere in between the full metal, and total metal jacket. This bullet will not fragment when shooting against steal, like the copper jacketed rounds. We have personally found whole projectiles that has been squished by the steal, with the full polymer coating still intact. This is a more cost effective way to train, especially if you are shooting in high volume.

The Downside: These bullet can be trickier to self load. We have found that you have to open up the bell of the casing more, or else some of the polymer can get scraped off when seating the bullet. This will cause a higher level of lead exposure resulting in a smokier round.